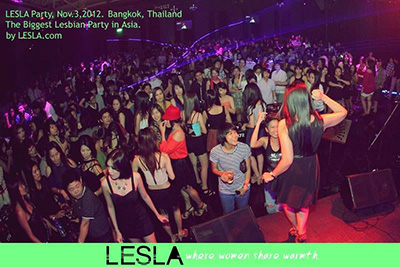 Silom, and in particular Patpong, has become the unofficial home of the gay community in Bangkok as well as a the original red light district in the capital. While the Patpong red light district grabs the attention of the night market shoppers and sex tourists, few (straight) people notice the thriving gay scene just two blocks down from Patpong. Until a few years ago there was a couple of lesbian bars hidden among the gay bars of Silom 2 and 4.

Although the LGBTQ+ scene is strong in Bangkok with plenty of allies and even some government support the two notable lesbian bars in Silom – E-Fun and Zeta – have both closed down. This is rather disappointing for the lesbian scene in Bangkok. 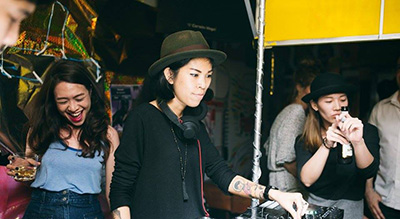 As a slight aside, the lesbian dating scene is very much in the ‘butch-femme’ dynamic. The butch lesbians typically have short and often dyed hair and wear mannish clothes. In Thai they are called ‘Toms’. The femme have long hair and are effeminate. They are called ‘Dees’. While there is little prejudice against foreign women entering Thai lesbian social situations, those women that don’t fit into the Tom or Dee mould might feel isolated. 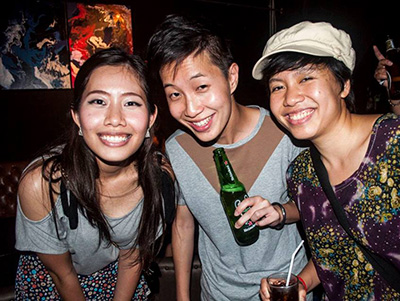 Those women looking to find other lesbians at bars in Silom would do best to try a couple of the lesbian friendly gay bars in Silom. They are Telephone and The Balcony. The nightclub called DJ Station welcomes all members of the LGBTQ+ community up for a good time dancing to gay anthems and house music.

The main gatherings of lesbians are now party nights at various locations in Bangkok.

While using Facebook is good to organise lesbian events in the Big Mango, it is hoped that the Big Queer Mango makes more of an effort to find permanent venues where lesbians can meet in the future.